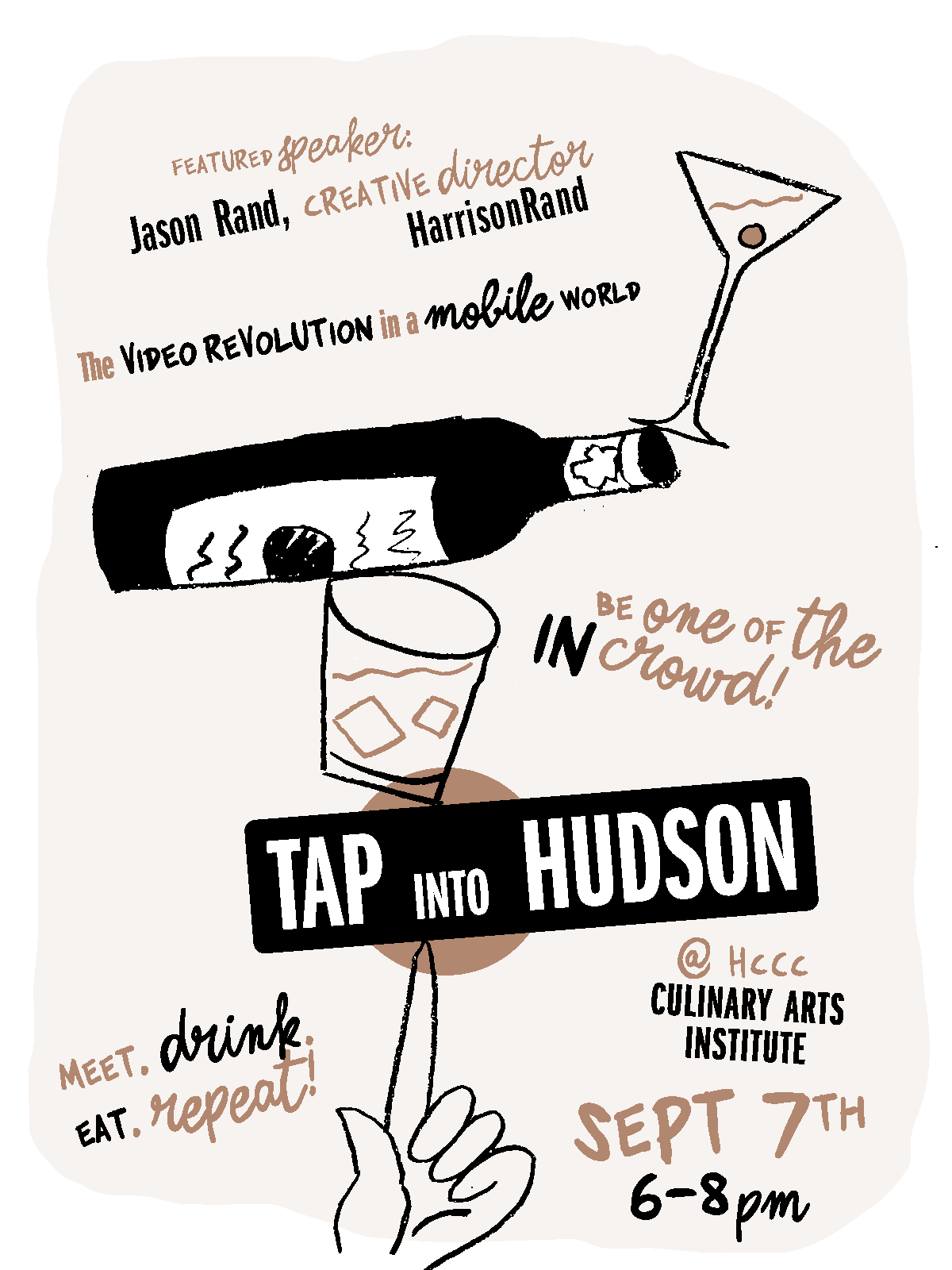 The revolution will not be televised...

that's because video is now almost all online! Did you know that online video content has skyrocketed and now makes up 80% of all internet traffic? Did you know that traditional TV viewing is declining at ever faster rates? Don't let the video revolution leave you behind.

Join us for our first-ever Tap Into Hudson.

Featured speaker Jason Rand, Creative Director, HarrisonRand, will lead us in a highly interactive conversation on

"The Video Revolution in a Mobile World" and we'll preview the Chamber's upcoming video/social media campaign featuring many of our members!

​Who should attend? Anyone interested in learning how to better use video on social media to promote their brand and/or their business!

Be #IntheKnow & one of the #InCrowd.